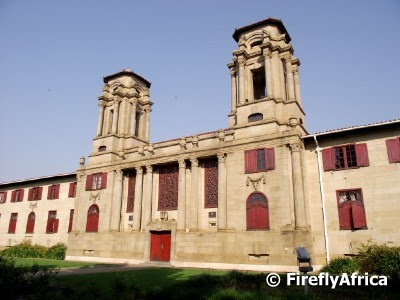 I hope you're not tired of Bloemfontein yet, but there are still a couple of things to show you.  Bloemfontein's City Hall is a stately sandstone building designed by Sir Gordon Leithe.  Even though its looks like a very old building from the outside, it was only built in 1935 and is decorated with Italian marble and  Burmese wood. 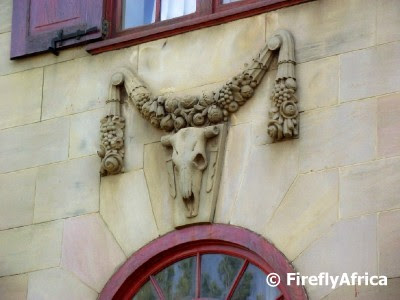 I found this very interesting skull design appearing at the bottom of both the towers and thought it quite an interesting feature. 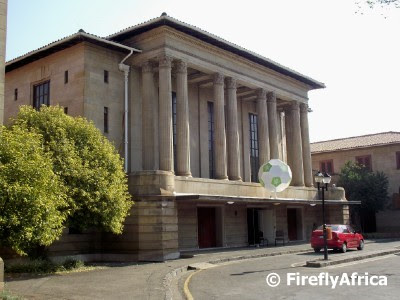 My visit to Bloemfontein was very quick. We got there on the afternoon of a public holiday and left the next morning quite early, so I didn't get a chance to get a visitor guide to the city giving all the information on the tourists attractions.  Its actually been very difficult finding info to accompany the pics on here over the last couple of days as the stuff on the internet has also been very limited.  Anyway, the picture above is of the building right around the corner from the City Hall and seemingly attached to it.  The only info I could find is that it might possibly be the Clarendon Hall.
Posted by Firefly the Travel Guy at 2:00 PM