I still had a couple of odd monument photos from Graaff-Reinet lying around and decided to put them together and do a "Random ..." post for today. 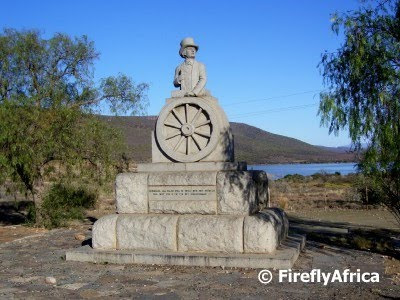 This monument is in memory of Andries Pretorius, one of the Voortrekker leaders. It was erected in 1943 and can be found just outside of town on the way to Middelburg. This is the route to the north and into the interior which the Voortrekkers followed in the 1830's. 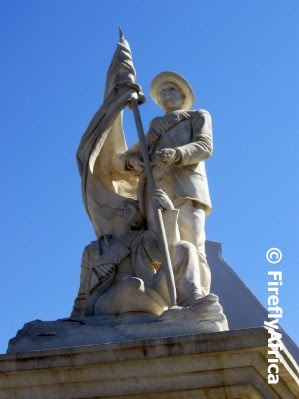 In one of the residential areas there is a monument dedicated to Boer soldiers who died during the Anglo Boer War (1899 - 1902) The inscription reads "in memory of the fallen in the struggle for Freedom and Justice". 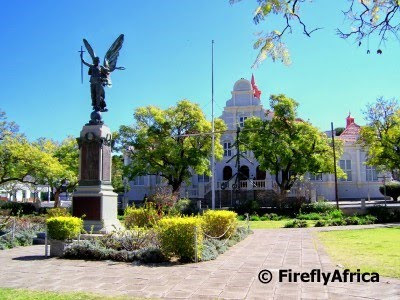 One of my favorite monuments in Graaff-Reinet is the bronze figure of the "victory Peace Angel", mounted on a high pedestal in front of the town hall. It is dedicated to local citizens, including Die Middellandse Regiment, who lost their lives in WWII.
Posted by Firefly the Travel Guy at 2:00 PM