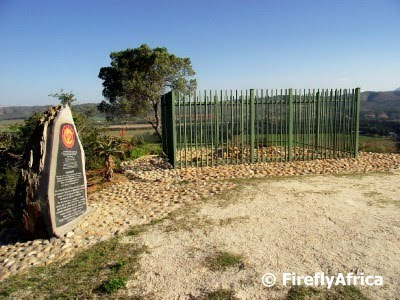 Situated on top of a hill overlooking the Gamtoos Valley just outside Hankey is the grave of Sarah Bartmann (Saartjie Baartman). She was born somewhere in the Gamtoos Valley in 1789 and moved to the Cape as a teenager to find work. From here she was lured to London under false in 1810 and was exhibited around England as the "Hottentot Venus". She was sold to a Frenchman who also exhibited her around France before here death. Sarah died in 1815 at the age of 26 of possibly pneumonia. A mould was made of her body and her skeleton, brain and external private parts were placed on display in Paris until 1974. 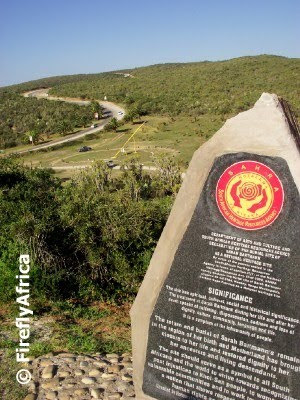 In 1995 efforts started to bring her remains back to South Africa, but it wasn't before 2002 that the French government agreed to repatriated her remains to her homeland. She was finally laid to rest on top of Vergaderingskop overlooking a beautiful section the fertile Gamtoos Valley on Women's Day (9 August 2002). There are still plans to erect a proper monument on the sight as well as a museum in the town.
If you want to read Sarah Baartman's whole story, visit Wikipedia or Kouga Tourism.
Posted by Firefly the Travel Guy at 2:00 PM