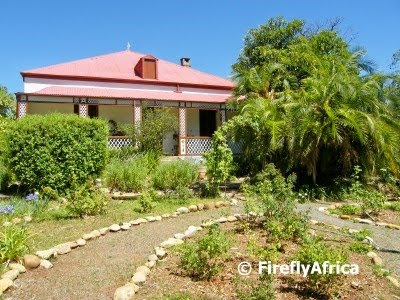 When we visited Oudtshoorn in December I got to go to the museum in the home of the former Afrikaans writer CJ Langenhoven for the first time since I was in primary school. His house, Arbeidsgenot ("the pleasure of work") was left to "all people with a love for Afrikaans" by his widow after her death in 1950 and was opened as a museum in 1955. 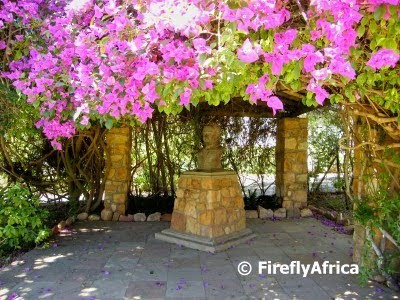 Cornelis Jakobus Langenhoven was born on 12 August 1873. He started out working as a teacher and later as a lawyer. Somewhere around 1907 CJ Langenhoven found his purpose in life and that was to fight for the rights of Afrikaans as a language as well as to create literature that will enhance Afrikaans. 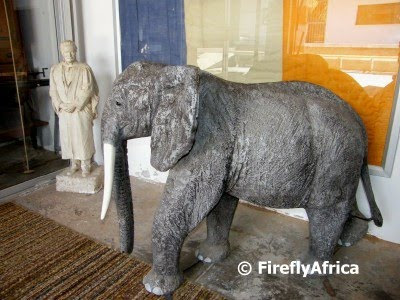 Some of CJ Langenhoven's best known work includes "Die Stem van Suid Afrika" (the original South African anthem, part of which is still used in the new anthem), Die Vlaglied (the old South African flag song) as well as a number of stories and poems. He also had an imaginary elephant named "Herrie" (Harry). 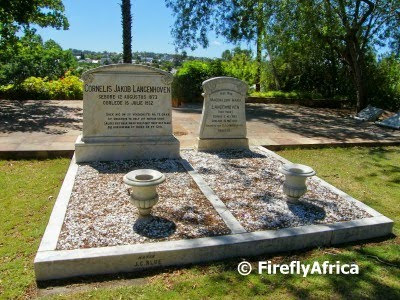 CJ Langenhoven died on 15 July 1932. He and his wife Magdalena Maria (Vroutjie) was both reburied on the grounds of Arbeidsgenot in 2003. Every Afrikaans speaking person should make an effort to visit this museum at least once in their lives, but its well worth a stop for anybody who is interested in the Afrikaans language and culture.
Posted by Firefly the Travel Guy at 2:00 PM