The Bayworld Complex on the Port Elizabeth beachfront consist of the Port Elizabeth Museum, Snake Park and Oceanarium. I have done several posts about Bayworld on my blogs, most recently a series of 10 photos early in April on Port Elizabeth Daily Photo. I visited it quite often as a child and it lightens my heart that the Rugrats also enjoy going there. Unfortunately the complex is having financial problems and any exposure and assistance helps, hence this post. 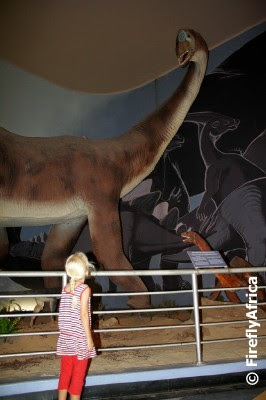 My interest in dinosaurs and fossils was always fueled by the Dinosaur Hall. The main feature in the exhibit is the life size Algoasaurus of which bones were found in the area. My favorite exhibit though is the Shipwreck Hall with all the noteworthy wrecks from around Algoa Bay. 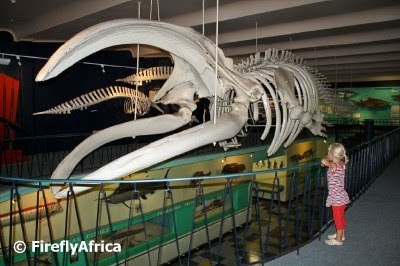 Another popular exhibit at Bayworld is the Marine Hall with the central feature being the skeleton of the last Southern Right Whale to be hunted in Algoa Bay. Other things forming part of this hall are whale and shark exhibits. 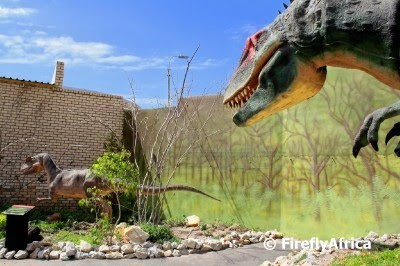 Currently there is a temporary exhibit next to the Snake Park called Africa's Lost World. The exhibit consists of several life sized moving dinosaurs. The Snake Park's permanent exhibit includes a big number of local and foreign snakes, crocs, lizards, tortoises and turtles. 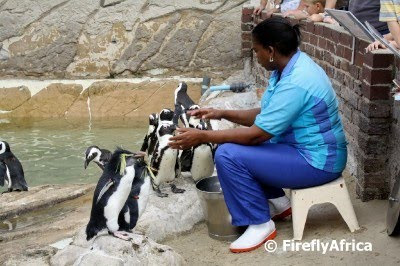 The Port Elizabeth Oceanarium was made famous by its dolphin family and their performances. Unfortunately the last two dolphins were moved to Hong Kong about a year ago. Even though there isn't any dolphins anymore, the Oceanarium still does seal and penguin presentations along with a new feature called the penguin walk. The Oceanarium also has its two aquariums, a small one with tropical fish and a large one with sharks, various fish species and turtles.
Posted by Firefly the Travel Guy at 2:30 PM