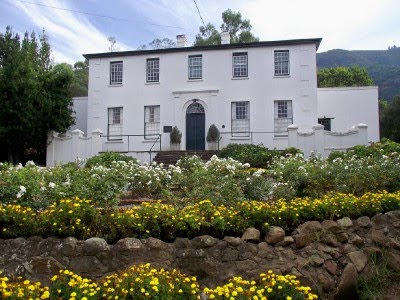 Spending the weekend in Somerset East a couple of weeks ago, I had the opportunity to explore a town which I didn't know very well. One of the main attractions in Somerset East is the Somerset East Museum, also known as The Old Parsonage Museum. The museum is situated just outside town on the slopes of the Boschberg Mountain . 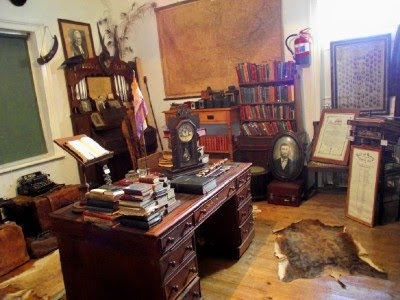 Shortly after the establishment of the town of Somerset, 1825, land on the slopes of the mountain was given to the Wesleyan missionaries for a chapel and graveyard. The chapel was completed and consecrated in 1828, but a few years later the building and surrounding land were transferred to the Dutch Reformed Church. In 1835 the chapel was converted into a parsonage and during the 105 years the building was used as a parsonage, four ministers lived there. In 1971 this example of a Georgian manor house was made available as a museum which was inaugurated during the celebration of the town's 150th anniversary 1975. 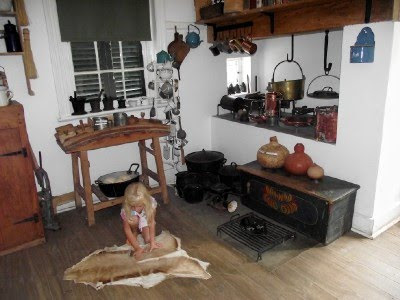 Most of the museum's exhibits are recreations of rooms as it would have looked in the 1800's. Upstairs is an exhibit featuring the Slagternek hanging which I will feature within the next couple of days. During our visit Drama Princess was very interested in the Springbok and Blesbok skins used as mats in the kitchen and study.
For more information, visit the Somerset East Tourism website.
Posted by Firefly the Travel Guy at 3:30 PM