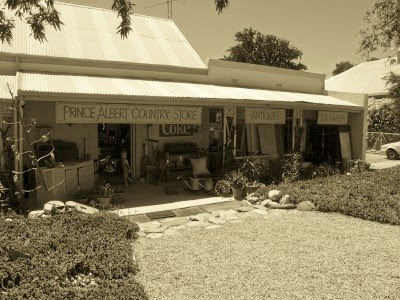 After driving through the Swartberg Pass (from here to here), we entered the village of Prince Albert. The first farmers in this area started farming in this fertile valley from 1762. The area soon attracted other farmers and church services were held on the market square and by 1844 an Dutch Reformed Church had been built and a thriving community established. In 1845 some parishioners suggested that the village be named Albertsburg after "Naar zijne Hoogheid" - his Royal Highness, Prince Albert, Queen Victoria's consort. The Governor's approval was granted in July 1845 and the village became known as Prince Albert. (Source - Prince Albert Tourism) 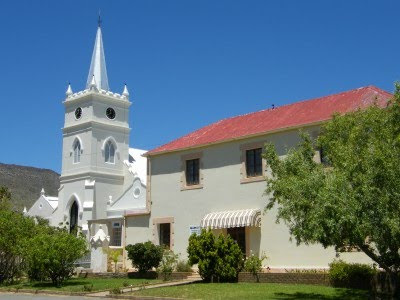 The village is an absolute gem. Its just about surrounded by the Swartberg mountains and has seen a bit of a revival over the last few years. Its the type of place where city slickers go to flee the rat race and open a B'n'B, restaurant or start producing olives and cheese. The area is well known for its dried fruits, specially figs and apricots. As you drive into town, the imposing Dutch Reformed Church (completed in 1844) looms on the left hand side. 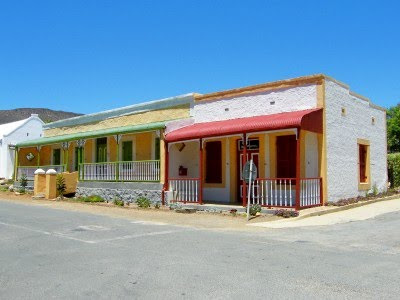 The town has some beautiful Cape Dutch, Karoo and Victorian buildings with 13 of them being National Monuments. All around town one marvels at all the historic buildings and how well they are maintained. These houses are typical Karoo architecture. 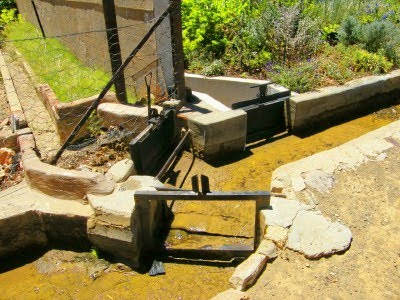 Although the town is situated in the arid Karoo, its a very fertile are and gets its water directly out of the Swartberg mountains. I was amazed at the fact that the town still has working (what we would call in Afrikaans) leivore. They are small channels that are used to run water through a town. If you needed to water into your garden or fill up your tank, you would open your little "channel gate" and it would flow in. Such a system would work purely on gravity with water flowing downhill all the way. Some of the old towns like Stellenbosch near Cape Town still has working systems like this one as well.
.
GPS: 33°13'38.09"S, 22° 1'50.08"E
Posted by Firefly the Travel Guy at 3:01 PM