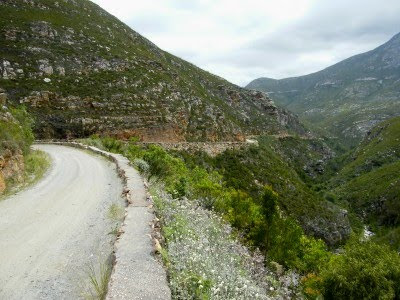 As you drive higher up the Montagu Pass, the road gets steeper and narrower. You can imagine how this could have been a problem during the early days of ox wagons. Two wagons could not pass abreast in most places, specially around the tight corners. Consequently the drivers and ox leaders had to whistle and shout and crack their whips continuously to warn one another of their approach. 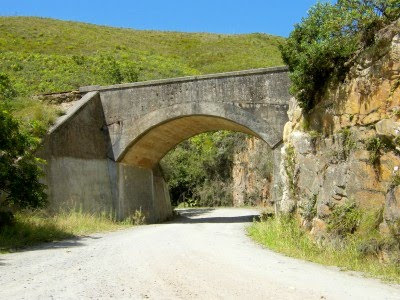 Very close to the top of the pass, the road passes under the railway line that crosses the Outeniqua Mountains. There is a spot on the railway line just past this bridge called topping which indicates the highest point of the line and the road. 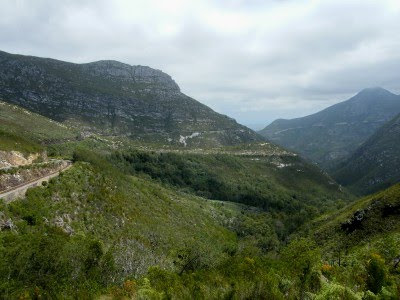 Looking back from this point you can see three of the four passes that cross the mountain. On the left hand side is the Montagu Pass and the railway line next to each other. If you look at the mountain in the background you would see a faint white line running along its side. That is the Outeniqua Pass, the main and quickest way to the other side. The fourth pass is the old Cradock Pass which is only acessable as a hiking trail today.
.
GPS: 33°54'45.65"S, 22°24'57.47"E
Posted by Firefly the Travel Guy at 3:00 PM