A week or two ago I posted on my trip over the Swartberg Pass (part 1 and part 2) during my recent holiday. I also had the opportunity to do another of the iconic Southern Cape passes while I was in the area. The Montagu Pass is the old pass over the Outeniqua Mountains from George on the coast to the Klein Karoo. The pass has been declared a National Monument which means that it is beautifully maintained and very enjoyable to cross. 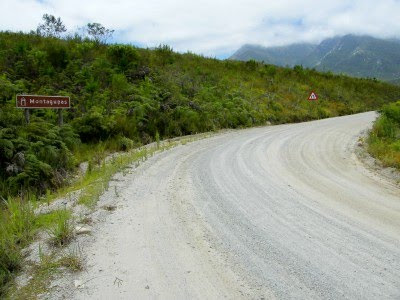 A suggestion was made in 1843 to build a good road over the Outeniqua Mountains to replace the very dangerous Cradock Pass which was nothing more than a track over the top of the mountain. Work started on the pass in 1844 and was done with convict labour. About 250 convicts were used in the construction and was housed in camps on either side of the mountain.
The pass was officially opened in 1848 by Hon. John Montagu who was the Colonial Secretary and after whom the pass was named. 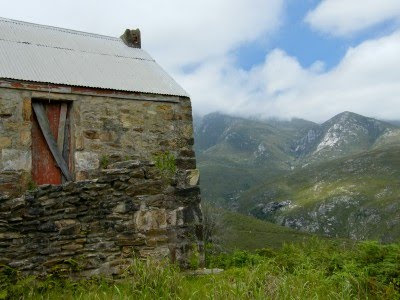 Not long after you start to drive along the dirt road (and even though its a dirt road, its an absolute please to drive it in a sedan), one comes upon the Old Toll House. It has a fabulous view of the surrounding mountains and valleys and I would love to get my hands on the little building to turn it into a country getaway. Originally the toll to use the pass was one penny per wheel and one penny per ox. 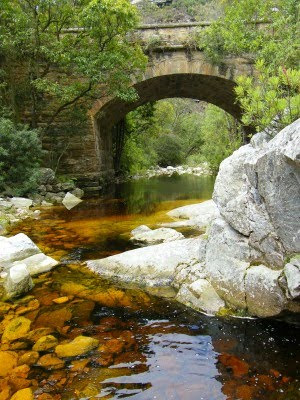 A short distance up the road from the Old Toll House you will come to Montagu Pass Bridge (also known as Keurrivier se Brug). I stopped just after crossing the bridge and climbed down to the river to get a pic of it. What an awesome spot. Ideal for a picnic and perhaps a quick dip on a hot day. I did find out afterwards that the vicinity of the bridge is supposed to be haunted by a man in a grey suit. I didn't see him though. Pity, I could perhaps have gotten a photo of a ghost. Imagine the amount of publicity I could get with that. Tomorrow in Part 2 we will travel up the narrow and steep part of the pass.