The highest masonry tower (28 metre high) on the South African coast can be found in the coastal holiday town of Cape St Francis. 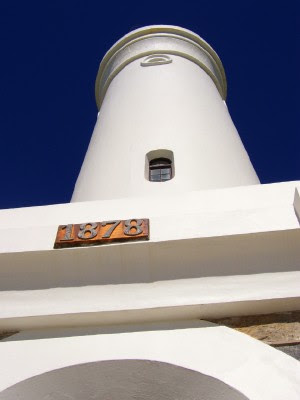 The Seal Point Lighthouse was built in 1878 and is situated about 100km west of Port Elizabeth. The Bay itself was named St Francis Bay after the patron saint of sailors and travellers by the the first Portuguese explorers who came into the area in the late 1400's. 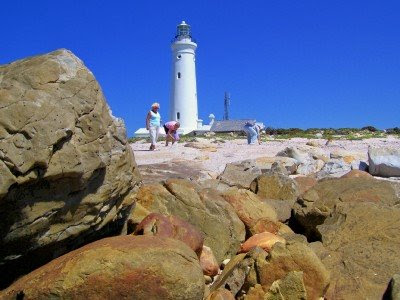 The village of Cape St Francis started out as a fishing village in the mid 1900's. After the discovery of the ideal surfing conditions in the area as featured in the surfing movie "Endless Summer", the area became very popular with surfers and later also holiday makers. 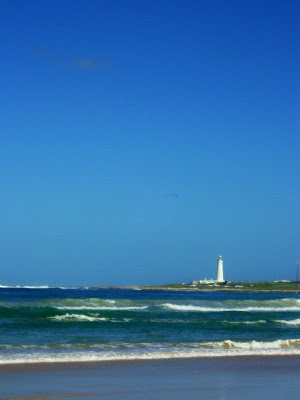 The character of the light is once every five seconds with an intensity of 2 750 000 candelas and a range of 28 sea miles.

You can see other posts with the Cape St Francis Lighthouse here and here.
Posted by Firefly the Travel Guy at 10:08 PM