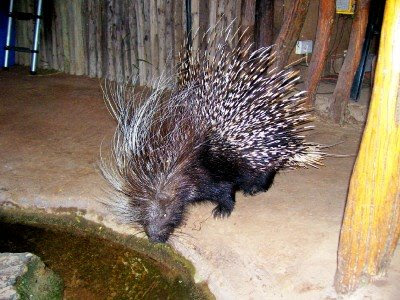 I'm sure everybody knows what a porcupine quill looks like, but have you ever actually seen the porcupine itself? A while ago I was at Schotia Private Game Reserve and while we were waiting for dinner in their open air boma, in strolled Mr Porcupine himself. It was the first time that I actually got to see one in real life. What a bonus to the evening's proceedings. 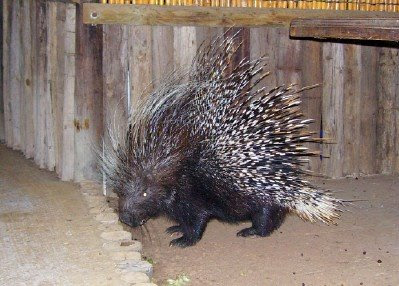 Porcupines are nocturnal animals that live in burrows. The forage at night, alone or in pairs. They eat plants, but will gnaw on old bones. They have long hair on their head and shoulders while their backs are covered with black and white quills. Up to three young are born in summer and they are widespread throughout South Africa except for the north west coastal area - The Wildlife of Southern Africa

Posted by Firefly the Travel Guy at 10:21 PM