Karin posted a pic of her son holding one of those snails that live in the tidal zone on Picture this! by Karin yesterday and I went scratching for my Plough Shells pics. 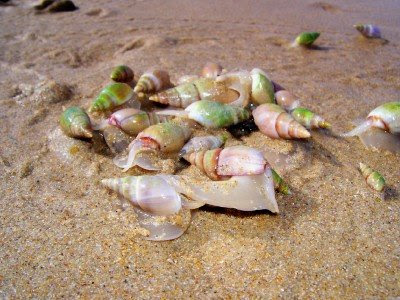 A little while ago we went camping at Cape St Francis. While taking a walk on the beach we found literally hundreds of these snails. They live under the sand within the tidal zone. After a wave washes over them they come out of the sand to find food and when the water pulls back they dig under the sand again. 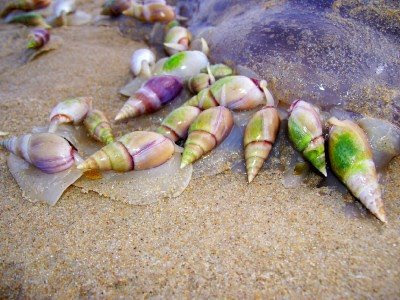 We found a dead jellyfish on the dry sand which I picked up with a stick and dropped on the wet sand. They were all over him in such a flash you won't believe it. It seems that they use what looks like a tentacle or tongue to eat with. The green on the shells is algae. 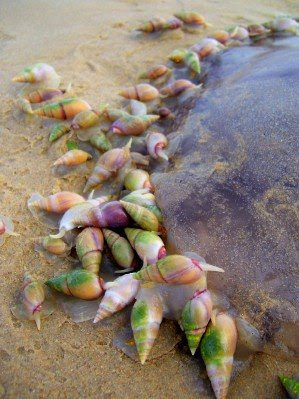 A little way down we found another dead jellyfish and they were climbing over each other to get to its sides and underside where they can get to the meat more easily. The top of the jellyfish seems to be to thick for them to eat from. The kids were totally in awe but at the same time a bit freaked out when they realised that they were actually under their feet in the sand.
Posted by Firefly the Travel Guy at 9:13 PM